Why We Must Accept Homosexuality with Open Arms

Over the past few years Homosexuality has been a much discussed topic. There have been outrage, protests and disdain about homosexuality and those with homosexual inclinations.

Even though in recent years, homosexuality has gained special limelight, it was not a very uncommon practice in the ancient world. In Pre-Islamic period, homosexuality was unprohibited, and was quite common. In ancient Greece it is said that a fee male adult was allowed to enjoy a sexual relationship with a free adolescent boy or a slave, and it was not looked down upon. The Greek emperors were known to have male lovers. The ancient temples of India like in Khajuraho, depicts boldly sculptures of homosexual acts between men, and also between women. While some cultures accepted homosexuality as part of life, some raged against it.

The Bible clearly states that sexual acts between the same sex is forbidden and is a sin. The religion and the religious leaders who set standards of discipline to life certified the relationship between a man and woman as ethical. Homosexuality lost its footing in the society and whoever inclined towards it was looked down as abnormal, physically and psychologically.

Science came forth with its own theories and research regarding homosexuality.  Scientific studies determined that genes are the culprits that give us our sexual inclinations. The DNA dictates whether a person turns out to be Homosexual, Bisexual or Heterosexual and it is not a psychological deformity. It is a natural inclination that causes attraction between same sex people.

Homosexuality has come a long way down the path of history from a phase where it was considered as quite natural to be regarded as something totally unacceptable. In recent years, it has seen a mixed reaction. But mostly, homosexuals are not treated with respect or given an equal status in the society. There have been many a factors contributing to such a scenario.

Social and Psychological Effect on the Homosexuals

Why we must accept Homosexuality

Why not? Homosexuality has been around for centuries now, maybe even before men started documenting history. It was a practice much accepted before society formed its strict norms.

In some parts of the world, the society is turning a new leaf. Many countries, especially European, the USA, Argentina are opening up its doors to the idea of Homosexuality. In a few countries same sex marriages are made valid. This is a welcome change and a feeling of relief to the people in love with the same sex partners. They need not run from their own shadows fearing the rejection from the community they are a part of.

It’s time we loosened up our restricted social norms, open up our thoughts and welcome the ‘different’, because they are as much part of this world as we all are. If they can breathe the same air that we breathe, why not give them a place in our hearts and the society!!

OkCupid – A dating app that is definitely different and worth it!!

Top 10 Signs She is Just Using You – Love Hurts

Treat Your Loved Ones To Something Special This Festive Season 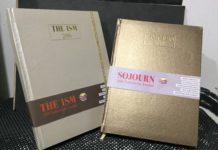 Perfect Gifting Solution – The Sojourn & The Ism from Veeta Singh

Motivational Payal Bansal - January 21, 2018
0
The Sojourn & The Ism from Veeta Singh Gift is a silent way to express your Love and Respect to your near & dear ones....

Depression Payal Bansal - November 1, 2013
0
When I was young I often saw Old age people sitting alone, sad and depressed.  I have always wondered is old age so boring...

Signs and Symptoms of PCOS which you must know

Health Deepak Kumar - April 12, 2015
0
Signs and Symptoms of PCOS Human body is a very complex thing. It can suffer from weird kind of diseases. It is possible that you...

Signs and Symptoms of ADHD in Children

Health Payal Bansal - March 15, 2014
0
What is ADHD? Before knowing the signs and Symptoms of ADHD in children you must know, What is ADHD (Attention Deficit Hyperactivity Disorder). ADHD is...

Common Silly Mistakes That Can End any Happy Marriage

Love & Relationship Payal Bansal - March 4, 2014
4
Every married couple does these silly mistakes that can end any happy marriage. But today here I am going to tell you all those...

Product Reviews Payal Bansal - June 2, 2018
0
The ONE High Impact Eye Pencil from Oriflame Hi Girlies!! I am back again with an Oriflame Review and this time I had my hands...

Health Issues Side Effects of using Headphones and Earphones

Is it Still Possible to Increase Height After 25?

HomeMade FlaxSeed Gel for Hair and Skin – Recipe and Benefits...